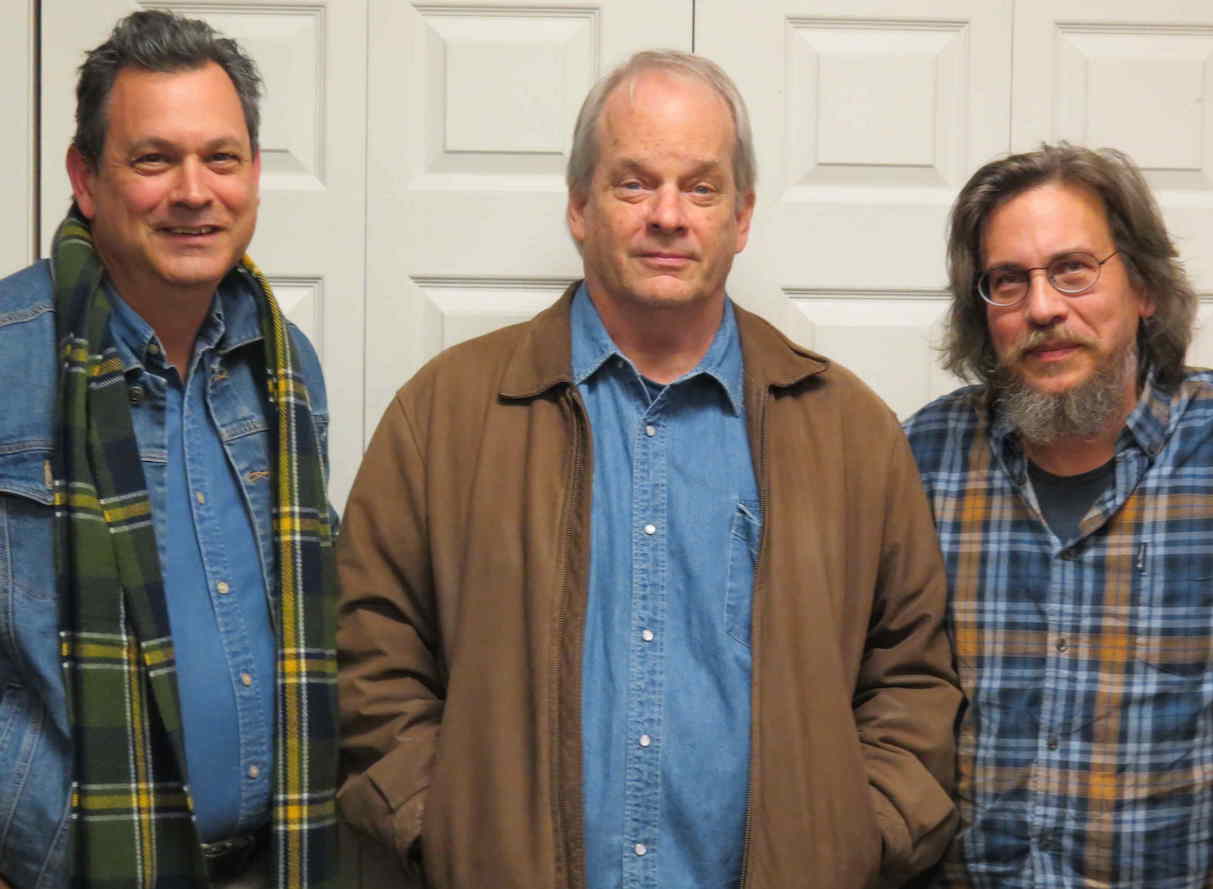 Rag Radio host Thorne Dreyer and political analysts Glenn Smith and Roy Casagranda are joined by Texas Public Radio's David Martin Davies in our regular feature, Digging In! to the News. Among topics to be discussed: This week's elections in Texas and around the country, including the Texas House District runoff for Rep. John Zerwas' seat; the latest on impeachment and the Trump circus; the continuing fallout from the Texas House Speaker Bonnen affair; global revolution again: from Hong Kong to Iraq to Chile; and the cruel and sadistic betrayal of the Kurds, again.
Progress Texas PAC director Glenn W. Smith, is an op-ed columnist for the Austin American-Statesman, a columnist for The Quorum Report, and a former political reporter for the Houston Chronicle and Houston Post. A leading political consultant, Glenn managed Ann Richards' winning 1990 Texas gubernatorial campaign.
Roy Casagranda is Professor of Government at Austin Community College where he teaches U.S. and Texas politics. His areas of research include Middle East history and politics, U.S. foreign policy, political philosophy, and warfare. Casagranda serves as an analyst on Middle East Political Affairs for the Austin ABC affiliate, KVUE.
David Martin Davies, a veteran journalist with more than 30 years of experience, is the host of "The Source" and "Texas Matters" on Texas Public Radio. He has won numerous awards, including a national Edward R. Murrow Award this year for his radio documentary exposing human sex trafficking. He is currently working on an audio documentary about the anti-war protests in Texas during the 1960s and '70s.
Above: From left: David Martin Davies, Glenn W. Smith, and Roy Casagranda at the KOOP studios in Austin, November 8, 2019. Photo by Roger Baker / Rag Radio.
Rag Radio is produced in the studios of KOOP 91.7-FM, an all-volunteer, cooperatively-run, solar powered community radio station in Austin, Texas, in association with The Rag Blog and the New Journalism Project, a Texas 501(c)(3) nonprofit. It is streamed live on the Internet at KOOP.org and Radio Free America. The host and producer of Rag Radio, Thorne Dreyer, is a prominent Austin-based activist and writer who was a pioneer of the ’60s underground press movement. The show’s engineer and co-producer is Tracey Schulz and the staff photographer is Roger Baker; Suzy Shelor is Rag Radio associate; Alice Embree is guest host; Glenn Smith and Roy Casagranda are our political analysts, and Evan Hearn is the Rag Radio apprentice. The syndicated show is broadcast (and streamed) live Fridays, 2-3 p.m. Central) on KOOP, and is later rebroadcast and streamed on WFTE-FM in Mt. Cobb and Scranton, PA., on Houston Pacifica's KPFT HD-3 90.1, by KKRN, 88.5-FM in Round Mountain,  CA, and at WALHRadio.com in Wilmington, OH -- and as a featured podcast at Veterans Today. Learn more about Rag Radio here.
Running time: 57:11
Contact:  ragradio@koop.org.

Uploaded by RagRadio on November 9, 2019